The Archaeological Society of BC is happy to invite everyone to their first public talk of the 2019-2020 season, featuring Isabelle Maurice-Hammon, a Ph.D. candidate in Environmental Studies at UVIC, where she studies under friend of this blog, Dr. Darcy Mathews.  The text below and poster (PDF) are fairly self explanatory, suffice to say that Darcy is leading a multi-year project on ethnoecology on Tl’chés, a small island off Oak Bay/Victoria – this research is so multi-dimensional it makes my head spin, but it includes work in the intertidal zone, so it is ok by me.

END_OF_DOCUMENT_TOKEN_TO_BE_REPLACED

Side view of a 14 year old dog which was shorn each year for its hair. Source: Ian McTaggart-Cowan fonds, UVIC.

The Coast Salish “wool dog” is an interesting example of selective breeding of dogs for a useful trait, in this case, their long, fair hair which could be cut or plucked for weaving. Susan Crockford, in her comprehensive account of Wool Dogs (downloadable!) quotes Captain Vancouver:

The dogs belonging to this tribe of Indians were numerous, and much resembled those of Pomerania, though in general somewhat larger. They were all shorn as close to the skin as sheep are in England; and so compact were their fleeces, that large portions could be lifted up by a corner without causing any separation”

While Crockford writes that the wool dog was extinct as a separate breed by 1858 (it’s raison d’etre replaced by Hudson Bay blankets), it is still interesting to see a couple of pictures dating to ca. World War 2 showing two dogs on the Saanich Peninsula with strong echoes of the Spitz-genre wool dog phenotype – indeed, caption above explicitly notes this dog was “shorn each year.”  (See also this poster (PDF) summarizing some wool dog research)

END_OF_DOCUMENT_TOKEN_TO_BE_REPLACED

Environmental Archaeology of the Early B.C. Coast: A Video 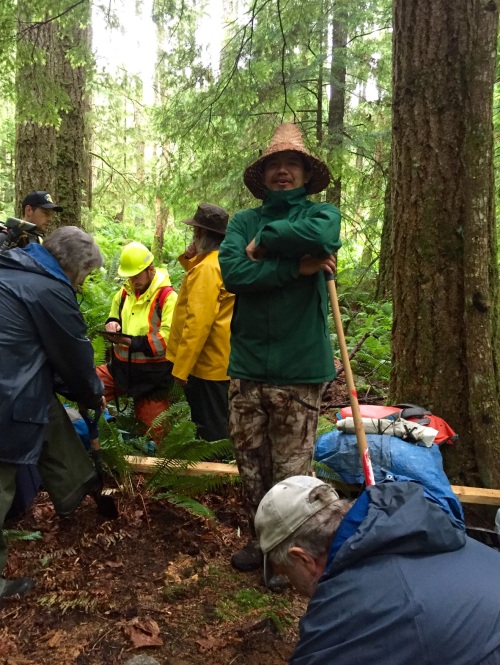 There’s a cool new video just released about research in the Discovery Islands, mainly Quadra Island, on the central east coast of Vancouver Island (map). The video was produced through the Hakai Institute, a philanthropic organization which over the past decade or so has been funding a lot of primary research in ecology, geology, culture and archaeology on the B.C. Coast.  The archaeological project in the video was focused on the terminal Pleistocene and earliest Holocene, with an effort to document long-term sea level history for Quadra Island, and then use LiDAR-derived base maps to help with predictive modelling and other tools to find old sites on old coastal landforms. That was the plan! I mean, of course the real plan was that grad students would do as much of the brainwork as possible, Daryl would dig, and high-quality coffee would be made.

END_OF_DOCUMENT_TOKEN_TO_BE_REPLACED 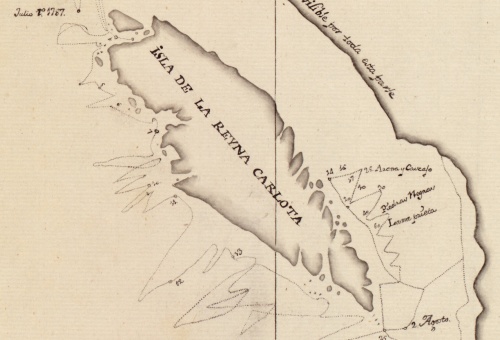 Old Maps are Cool.  Enough said.  Or maybe not quite enough. END_OF_DOCUMENT_TOKEN_TO_BE_REPLACED

Downloadable Selections from the Online Catalogue of SFU Archaeology Press.

If you’ve been to virtually any archaeology conference in the Northwest in the past I dunno, 5 decades – then you know you can reliably find Roy and Maureen Carlson at the SFU Archaeology Press book table, and if you’re like me you’ve walked away with yet another copy of Papers on Central Coast Archaeology for yet another five bucks. Yes, they are that persuasive. Since some of the back catalogue was going out of print, it is great to see that for the last couple of years the entire publication run of SFU Archaeology Press has been freely available online. This includes publications ranging from the early 1970s to 2015.

Most local archaeologists are probably aware of this but it seems worthwhile to spread the word. END_OF_DOCUMENT_TOKEN_TO_BE_REPLACED

One great thing about not keeping up with a blog is so much stuff accumulates like lint in the internavel that it is easy pickings to get material to post . . . . for example, the not very well known discovery by a fisherman of a Spanish colonial olive jar fragment in the waters off northern Haida Gwaii.  There is a nice summary by Jane Stevenson of the find in a 2012 issue of Northword Magazine, and much more information in an open access 1992 article in BC Studies.

The latter article by Hector Williams et al. has some interesting tit-bits, such as that the jar has a nippled bottom. But I digress….. END_OF_DOCUMENT_TOKEN_TO_BE_REPLACED

The BC Archaeology Survey

There’s a survey being taken of BC Archaeologists, First Nation, and other interest groups such as museum professionals, realtors, developers, and interested members of the public.  it’s a fairly detailed survey with some quite specific questions about the regulatory and legal process of Archaeology and “Cultural Resource Management” in BC. The survey is run by Joanne Hammond, M.A., an archaeologist based in Kamloops, who also runs the Republic of Archaeology website, which is worth a look in its own right.  The survey is only open for another 10 days or so,until December 31st.

I took the survey a few weeks ago and I expect if there is sufficient participation then the results will be quite revealing about the present and future of the practice of Archaeology in B.C.  If you’ve read this blog much (not that it is getting updated, but still) you’ll know that the context of Archaeology in BC often becomes quite political, and charged with structural as well as unintended conflicts of interest, or the appearance thereof. Working in the colonial landscape we know that those “who control the past” assume upon themselves a lot of power and influence. Is the way that archaeology happens in this Province – almost always in a relationship to development – the best it could be?  Take the survey to add your voice.