Cod Bones and the Fish Trade

So the Upward Sun post yesterday was based partially on a combined ancient DNA and stable isotope analysis of ancient salmon bones. This triggered one of my own fossil memories of a cool, recent case study from England of all places.  Indeed, not far from my alma mater Southampton, which in some ways forms the intellectual antipodal point to Blog World Headquarters (now temporarily ensconced in this hellhole).  So the case study concerns tracking the 16th century trade or acquisition network of cod bones across the North Atlantic, based on a large comparative dataset of bones from many different region and a sample of cod bones from the Mary Rose, a sunken warship of King Henry VIII dating to 1545.  Relevance to the Northwest Coast is unclear but possible.  Bear with me, it gets a little long.  And I’m totally not a fish guy.

So the Mary Rose sinking was one of the great boondoggles of Naval History.  A contemporary account notes the cause as, “to[o] much foly … for she was laden with much ordinaunce, and the portes left open, which were low, & the great ordinaunce unbreached, so that when the ship should turne, the water entered, and sodainly she sanke.”  While the cause is now disputed, for whatever reason, the English flagship spontaneously turned turtle in the middle of a naval battle.  For most nations this would be an embarrassment of historical proportions, but in the land of chip butties, brown sauce, and beach holidays, it’s a bit of a point of national pride it seems.

Anyway, the unfortunate crew of the Mary Rose was going to be eating a lot of salted cod, and in the archaeological work to recover the ship itself, a large number of cod remains, many associated with barrels or baskets, were also recovered. These cod remains formed the basis of the study.  The full article by William Hutchinson et al. is available online, open source (yay).

The premise of the study is simple, even if the details are fairly technical.  A large sample of cod remains from different environmental settings, all dating to before the 18th century, had their DNA sequenced.  It was found they formed fairly distinct populations based around broad regions. Among these are ones local to the southern North Sea and Irish sea, broadly the local waters of the Mary Rose.  Others represented cod populations from Newfoundland, Iceland – northeastern-most Atlantic, and the northern North Sea.  The relatively small sample of bones tested from the Mary Rose (N=11) showed these fish had originated from the northern North Atlantic, probably Iceland (n=7), the northern North Sea, perhaps Orkney or Shetland (n=3), and also from Newfoundland (n=1). None were from local waters.  So that’s interesting insight on where the Royal Navy was getting its provisions from as early as the mid 16th century.  Obviously the Grand Banks were a huge resource, but I didn’t realize they were getting into the tummies of the RN so early.  No wonder they ruled the seven seas, these were “coddled” sailors, fuelled by Newfoundland

Further to the aDNA, the researchers also looked at the stable isotope ratios in the cod bones.  This method can distinguish the trophic level (see below) and also growth and development conditions of a species (temperature, water chemistry, etc). Again, the comparative sample allowed for the signature of different regions to be identified, and these were broadly in agreement with the aDNA clusters.  The Mary Rose samples’ stable isotopes confirmed (more or less – you need to read the paper I think to be more convinced than the scatterplot alone) that these fish had been procured from a fairly large distance.

Interestingly, there is another somewhat similar paper recently published by Orton et al. in Antiquity on the origins ofcod bones from medieval London.  This paper is also open source (surprise yay, Antiquity is usually pretty locked down).  In the top figure above, time is along the X-axis, and sample ID number along the Y.  You can see that Arctic/Norway cod first appear in London around the year 1000 AD.  Baltic cod appear around 1300(!), and Newfoundland cod around 1500(!!)-1600 (Mary Rose times).  The bars on the upper graph represent dating ranges or uncertainties in dating.  In the bottom graph, we are no longer looking at stable isotopes but at the frequencies of body parts represented in the much larger sample of all cod bones, not just the 35 that were subject to stable isotope analysis.  Working from a general principle that salted cod rarely included the head but normally included the vertebrae, you can see the increase in vertebrae and decrease in cranial elements as an indication that through time, there was a greater reliance on stored cod, processed elsewhere than greater London.

Codbones on display at the Mary Rose museum. Source: MaryRose.org

So, the relevance for the NW Coast, if any? One nice thing about Historical Archaeology is that, by definition, there may be documentary evidence as well for the claims made through archaeological analysis.  So, maybe there is some mid 16th century quartermaster’s requisition, in spidery handwriting, noting “ye olde barreles of ye Newfoundlande codde were brout abord to muchly merrement & salivations & daunsinge”.  Maybe. But more generally, you can get a sort of proof of concept from the archaeology when supported by documents that makes you more confident when applying the same methods to time periods or regions with no written records. So that’s one thing.  The English results “make sense” in light of historical records and that increases the confidence in the archaeological methods.

Things like the cranial to postcranial ratio has long been used as an index of salmon storage on the NW Coast.  That’s the easy part.  As we saw yesterday, in Alaska, aDNA was used to speciate salmon, and stable isotopes used to confirm they were marine-origin members of their species.  aDNA has been used in an increasing number of studies, especially to speciate salmon bones, otherwise very hard to tell apart by appearances alone.  This has resulted in new insights into village seasonality (e.g Grier et al. 2013) and variable access to resources between households (e.g., Speller et al. 2005). There’s been more work done using stable isotopes to try to determine trophic levels (where a fish or other animal lies on a spectrum from ‘eats mainly vegetables through eats the things which eat vegetables to eats the things which eat the things which eat the things which eat vegetables.  Such trophic structures can be deeper in the oceans because more levels of predation, I think).  Anyway, that’s a cool use of the technique (see for example Paul Szpak publications).

I’m not sure what work, if any, has been done locally using aDNA and/or stable isotopes via archaeological remains to look at, say, trade and exchange or long-distance procurement.  To do this, you would need fish taxa that have a pretty clear DNA, isotope, or ideally both, signature reflecting residence or capture point of that fish.  Migratory fish might be difficult for isotopes as they would have an average of their life-history.  Scales might be a better angle: final feeding areas for Atlantic salmon in the Baltic have been determined using isotopes on scales (Torniainen et al. 2014).  And certainly scales can survive in archaeological sites, perhaps better than most people realize. Further, it should be a taxon that is likely to be traded. So what could be useful fish species for the NW Coast?  I’m not going to do anything other than throw some pilchards at the wall and see what sticks – that is, no research. Each taxon gets a completely bogus grade, so this is close to overlapping with my day job.  I’ll leave the comments for additions and corrections, as always.

OK, comment brigaders, especially sciencey folks, do your worst. I said I wasn’t a fish guy, and I’m not a science guy either.  I’m not even a bone guy. I know this got long, but it is kind of cool to see the well-developed English case studies.  I’m a little out of touch, so updates on what is already happening in this regard (especially the trade-exchange angle) would be welcome as well. 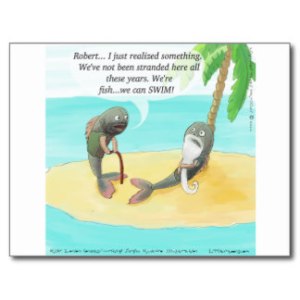 4 responses to “Cod Bones and the Fish Trade”