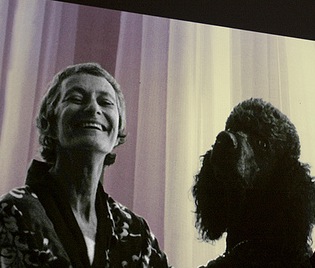 There is not much question that Lewis Binford was one of the most influential archaeologists of the 20th century – if not the founder, then the loudest exponent of “The New Archaeology“.  Like a lot of archaeologists not of a certain age, nor of a certain geography, I had never really focused on the co-editor of one of his more influential books, New Perspectives in Archaeology: Sally Binford.  Insofar as I had thought of her, I imagined some sort of academic liaison followed by her giving up her career, this being the 1960s and all – a not uncommon pattern.  Who was this other Binford, this flash in the pan?  I can’t be the only one who has wondered that, and not being plugged into the grandest social circles of the discipline, I’m turning to the internet.

Turns out she was superbly interesting in her own right.  I just came across a blog post recounting an interview excerpted from this book, which she gave not long before her death in 1994 (a death by her own hand on a date she had set 20 years ahead – one day before her 70th birthday.  She took her poodle, Jake, with her).  I  found the whole thing from A Very Remote Time Indeed.

I don’t endorse the interview in any particular way, clearly it is her perspective, but since Lewis Binford is a well known blowhard it can’t hurt to hear something from the other side of those days – especially as it also implicates the academic culture of Anthropology in the 1960s as including strong anti-semitic and racist undertones.  So, it is rather voyeuristically fascinating for me to read the lengthy interview,  but I warn it is a somewhat not-safe-for-work link.  There are some nude bodies and so forth, reflecting her post-archaeology career as a sex educator and sexual liberationist of some note.  Scroll down about halfway for the meetup with Lewis.  I’m pasting in some excerpts “below the fold”.

This whole thing is only tangentially related to the Northwest Coast and may be much too “inside baseball” for many readers, but the entire interview is quite compelling as a portrait of a cutting edge feminist and free thinker who intersected briefly, yet, brightly, with archaeology.

END_OF_DOCUMENT_TOKEN_TO_BE_REPLACED

I see UCLA is running a fieldschool again this coming summer in Stó:lō territory at Welqámex, a village site on the  small island in the Fraser River near Hope.  Instruction is by Anthony Graesch (UCLA) and Dave Schaepe  (Stó:lō Research and Resource Management Centre).  The UCLA web site has been down as much as up recently (because it has so  many bells and freakin’ whistles it doesn’t know if it is coming or going — idiot web designers make such fragile shit these days), so you can also check the AIA web site.  Here is a direct link to their pamphlet (PDF).