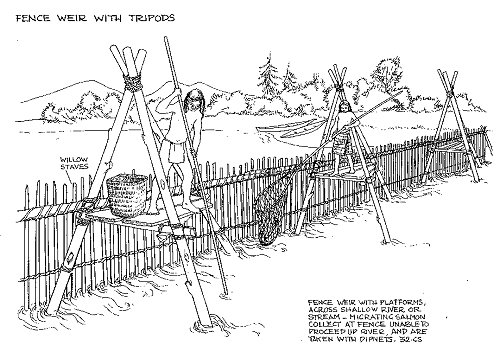 Sad news out of Quadra Island with the news that Northwest Coast archaeological legend Hilary Stewart passed away on June 5th, at the age of 90.  The local newspaper the Discovery Islander has a full obituary (page 2) (PDF) written by her friend, anthropologist Joy Inglis.

Hilary Stewart is best known to archaeologists for her three books on artifacts and First Nations material culture and subsistence practices: Artifacts of the Northwest Coast; Indian Fishing, and Cedar.  Despite no formal archaeological or anthropological training, her books have an easy authority such that most archaeologists refer to them frequently and with complete confidence.  In fact, I got shut down at a recent ASBC meeting with the referral to “see the picture in Stewart!”. The accurate, careful, artistic (and referenced!) drawings are a huge part of these books – over 500 illustrations in Cedar alone – and these drawings surely grace most NW Coast archaeologists’ lectures. The accuracy and visual insight was aided not only by her training at St. Martin’s School of Art, but also by her ability to replicate many of the technologies of which she wrote. The books are also widely held by members of the general public and as such constitute one of the greatest contributions to public understanding of archaeology I know of. She justly won the CAA’s Pendergast award for contributions by an avocational archaeologist, nominated by the Archaeological Society of BC, of which she was a founding member.

As the nomination for that award reads,

It is difficult to know where to start in describing Hilary Stewart’s contributions to archaeology. She is a gifted artist, as the drawings in her numerous publications attest. She has taken this gift and used it to learn by looking. Through her detailed observations of artifacts and First Nations cultures she has demonstrated the complex nature of the tools as well as the techniques used in their manufacture. As part of the research she was an early advocate of experimental archaeology. She used wedges to split cedar planks and recreated tools of cedar, bark and stone to gain a better understanding of them. Her remarkable drawings and clear prose enable her to share this understanding with the public.

In a letter to the ASBC in 2005 associated with that award, Hilary Stewart reflects on her early association with B.C. Archaeology:

It is extraordinary for me to look back and recall the [Archaeology] Society’s early beginnings, and to look at photos of a handful of us (oh, so young looking!) working on salvage digs in sunshine and mud. [She goes on to list the digs.]

I well recall how involved I became in the Katz dig of ’71. Not content to work there only on weekends, with ASBC members, I got a leave of absence from my job – I was the Art Director for CHAN-TV, now BCTV – and spent several weeks as part of the crew of 14, volunteering my time. It was during that dig that I saw the need for a small booklet on artifact identification and technology, and set about writing and illustrating this.

As the booklet began to expand into a bigger book, my enthusiasm for it increased at the same rate that my interest in television decreased. Ten months into the book I gave up my TV career to stay home and concentrate on this work. After 2 years of research, writing and illustrating, which took me all up the BC coast and into many Canadian & U.S. museums, the book was published in Canada and co-published in the States. Entitled ARTIFACTS OF THE NORTHWEST COAST INDIANS, this large format, hardcover book had over 1,000 illustrations and diagrams, and many photographs, a lot of them mine. [She goes on to list 7 books that followed.]

In connection with these publications I did a lot of lecture/demonstrations for schools, colleges, universities, museums, art galleries and even prisons, plus a variety of field trips and educational organizations. Also I curated 3 exhibitions, on the subjects of my books, for the UBC Museum of Anthropology and the Vancouver Museum, and wrote the labeling for a major, permanent exhibition on Northwest Coast cultures for the Field Museum in Chicago. In addition I did the research, photography and illustrations for the catalogue of the IMAGES:STONE:BC traveling exhibition, written by Wilson Duff.

Now, supposedly retired (ha!), I am busy living on Quadra Island. This year, having completely rewritten, re-designed and update that very first book on artifacts – now entitiled STONE, BONE, ANTLER & SHELL, and which includes a fond recollection of the Katz dig – I feel I have come full circle!

She is also well-known for her books  Looking at NW Coast Art, Looking at Totem Poles, and an illustrated, annotated version of Jewitt’s journal, amongst others.  John Burns did a nice profile of her some years ago, including,

Curiosity got her watching her feet as she made her way outdoors. (“Everything outdoors is fascinating,” she says, which explains the ant nest and snake den she keeps on her property on Quadra Island.) “There are people who don’t know a fir from a hemlock. ‘Oh, they all look the same.’ Well, they don’t if you care to look. And I’ve always been an outdoors person. I find out.” In discussion and writing, she shows this mixture of sure-minded frankness and charming enthusiasm, plus a strong curiosity, which found her attending the first meeting of an archaeological society at the Maritime Museum in Vancouver. Home sick one day from her job as a set designer (first at CBC, then BCTV), she heard an announcement on the radio. “So I went and got myself on the committee. I’m still an honorary member.” A casual drop-in led to archaeological drawings, which became a pamphlet, which became a new life. “I could see the book was going to be much bigger, so I quit my job, gave a month’s notice, and stayed home two years and finished it, with 1,000 drawings.”

It’s a big loss for NW Coast archaeology to witness the passing of the Great Illustrator.  “Everything outdoors is fascinating”.  Enough said.

There will be a celebration of her life at the Quadra Island Community Centre on Saturday June 21 at 1.30 p.m. For more information contact Michael at 250-202-1968. 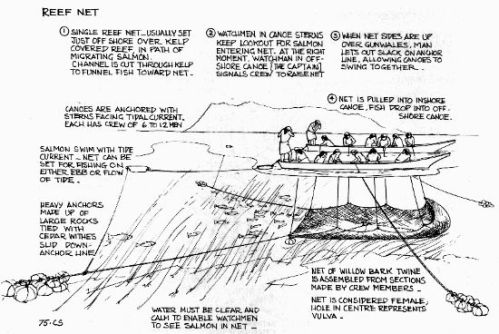