There is a tantalizing news item in a recent edition of Nature indicating that the team led by Dennis Jenkins has found a bone tool in the old layers at Paisley Cave in southern Oregon.  This cave already returned a number of pre-Clovis dates on human coprolites.  Although there was some vociferous opposition to this finding, a vigorous defence of these feces was mounted and to my mind was effective.  (Note that one of those claiming the human poop is actually camel poop posts a slightly hysterical online comment on this Nature news item.  This charge of excess fibre is dealt with in Gilbert et al’s 2009 rebuttal in Science, which is not mentioned in the Nature comment.  Clearly there is a new generation of data-selective Clovis Police being groomed out east.)

Anyway, this bone tool, which I assume will be published soon, is said in the Nature article to date to 14,230 cal. BP, from which I infer a 14C estimation of about 12,250 – exactly contempraneous with the poop.  According to the article,

The dating of the bone tool, and the finding that the sediments encasing it range from 11,930 to 14,480 years old, might put these questions to rest. “You couldn’t ask for better dated stratigraphy,” Jenkins told the Oregon meeting.

Seeing the tool itself will of course be very interesting and hopefully definitive, as there is a long history of bone pseudo-tools in North American archaeology.  So far this date has only been announced at an unspecified “meeting” and peer reviewed publication will be essential to form a final judgment.

You can watch a PBS news clip on the poop discovery from a link here which gives a good idea of the setting of the cave, and also includes nice footage of Luther Cressman! 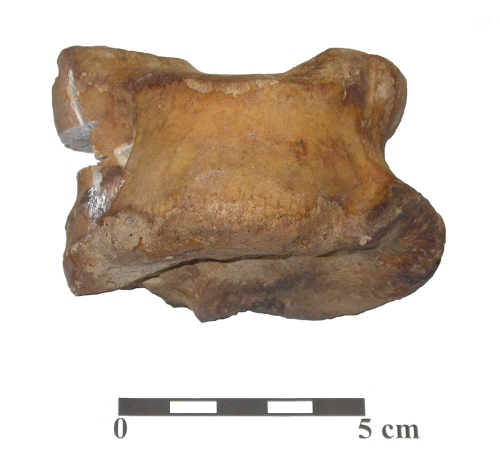 Camel astragalus from Paisley Cave. Source: U of Oregon.

Replica of a Clatsop House.

Leland Gilsen, former State Archaeologist of Oregon has a pretty impressive website.   His extensive notes on aboriginal house styles are particularly worth a read — well referenced, well illustrated, and thoughtful, and he reproduces a lot of plan diagrams from the grey literature.  He also has good pages on “pyroculture” (deliberate landscape burning), and extensive notes and commentary on culture history, through a culture-ecological lens.  His image-rich virtual museum is a fun and educational slideshow.  Hmmm, someone should do a site like this for BC, or Vancouver Island at least.  Dr. Gilsen seems like a proud processualist of the Arizona school (not that there’s anything wrong with that) and a serious scholar.  At first glance, this web site could easily be used as an undergraduate textbook for a course on the Archaeology of Oregon.  Hats off, if I see you at NWAC, first beer is on me.