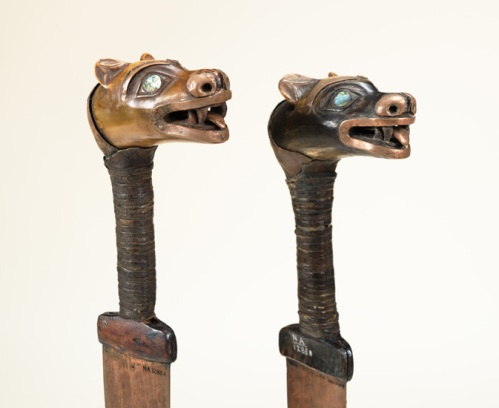 From the excellent University of Pennsylvannia Museum website, you can download back issues of their magazine “Expedition”, including this article on aboriginal metallurgy in Northwest North America (PDF).  The caption below is from that article: the two astonishing daggers being described are shown above.  Seriously, this is metalwork of the highest order, reminiscent of, say, Mycenaean pieces.

1969 caption describing the two daggers, above.

One response to “Tlingit, Dene and Eskimo Metallurgy (1969)”