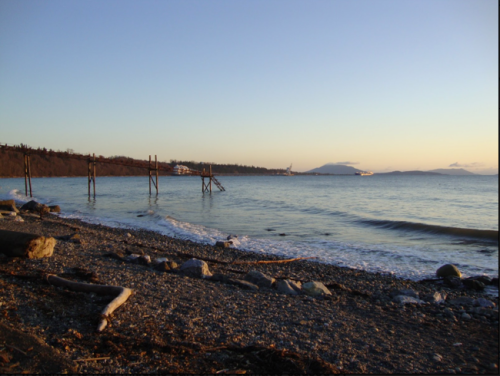 As its site number indicates, it’s the first site recorded by archaeologists in Whatcom County – which usually means it’s a very prominent site.  Indeed, it’s both culturally and scientifically important, and, unfortunately, has seen a lot of impact and is currently threatened. The source of the problem is a major coal port which is being planned. Interestingly enough, when the developer jumped the gun and started core-sampling the site before authorization, they were  taken to court and recently fined 1.6 million dollars.  Which is a lot of dollars. END_OF_DOCUMENT_TOKEN_TO_BE_REPLACED 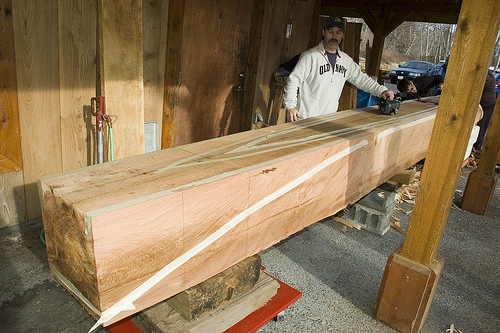 The Stillaguamish Tribe live along the Stillaguamish River basin (map) of Northwestern Washington State.  They are a tribe which missed out on any reservation land in the 1850s and have struggled somewhat at times to maintain cultural identity as a diaspora.  Regaining Federal Status in 1976 was important to the tribe of about 200 members, as was 2009’s first “First Salmon” ceremonies in a generation.

An interesting and encouraging development seems to be the recent carving of the first Stillaguamish river canoe in a century.  While the larger dugout canoes (still being carved) of the outer coast nations, such as the Haida and Nuu-chah-nulth, are better known emblems of the Northwest Coast as a whole, these river canoes were equally important to the inland waterway and riverine nations of the Fraser Valley and Puget Sound.

According to an informative and well-written article in the Everett HeraldNet, the story starts with an interesting origin of the cedar log itself.