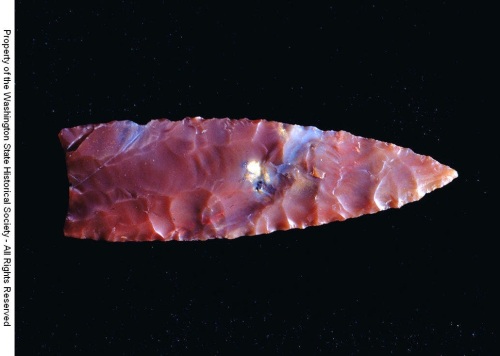 A few months ago I posted about the surface finds, or other finds without archaeological context, of the Clovis archaeological culture in Puget Sound, noting that this shouldn’t be all that surprising considering the well-known East Wenatchee (Richey-Roberts) Clovis Cache from just east of the Cascades.  Clovis, as you may know, is an archaeological culture type long associated with the first peopling of the Americas, although a decreasing number of archaeologists think it reflects that series of events.

Anyway, you can review that other post for more details.  What I’ve subsequently found is that the Washington State Historical Society has a colour gallery of all 49 of the artifacts from East Wenatchee.  The pictures are not particularly high resolution but they are well-taken and well-lit and better than most you’ll find on the web.  You can match the projectile points up to this diagram if you are feeling keen, or compare to the pictures at the lithic casting lab, some of which have hands and other useful sizing aids in them.

Even so, since they were scanned from 4 X 5 inch format negatives, it’s disappointing there is no higher resolution downloadable.  For a fringe interest like this, and considering that bandwidth is practically free, let’s make this stuff available.  You can click on the view options to, for example, see both sides of the artifact displayed at once.  It’s also very surprising that there is no photo scale and dimensions are not given. 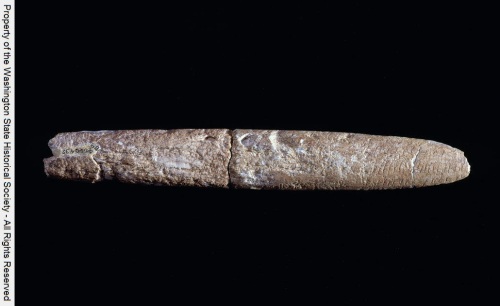 The gallery includes the bone and ivory “rods” which we also discussed earlier, and which I suggested might be projectile points in their own right.  This is easy to accept in principle although of course Clovis is known for its stone projectile points and that could be a bit of a paradigmatic hurdle for some to overcome.  Anyway, having seen some of these colour pictures I still have an open mind but some of them do seem suitable as foreshafts as well, as others have proposed.  Below, see a figure of them (line drawings are often more informative anyway) from an article on Clovis bone and organic technology by Bruce Bradley, who proposes they are actually ceremonial items.  That they were found in an enigmatic cache with some ridiculously overbuilt bifaces perhaps adds credence to this, but I’d still be inclined to look for function first, and in so doing not rule out any possibilities, including projectile points.  Seeing decent pictures is a useful step on making my armchair diagnoses! 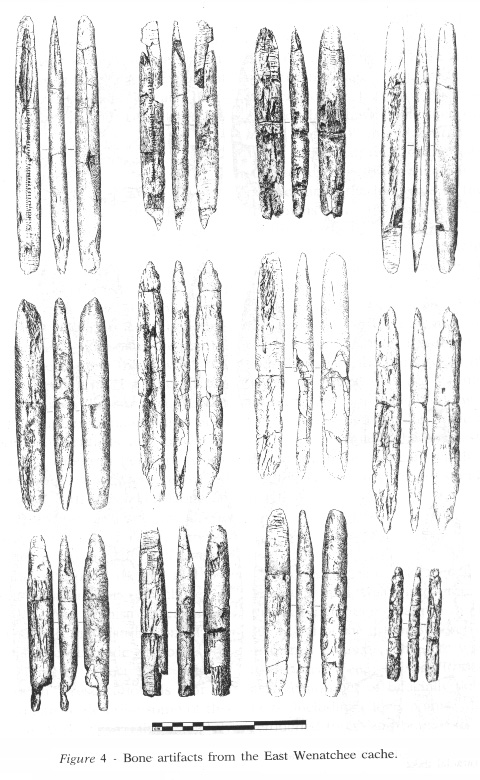