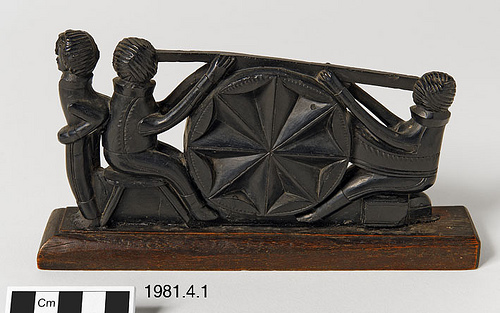 Any idea what activity is being represented on this Haida argillite carving?

The Pitt Rivers Museum in Oxford is one of the world’s great ethnological museums.  Indeed, it is largely presented as a “museum of a museum”, with artifacts and curios displayed in glass cases in juxtapositions that made sense to anthropologists.  Now I see they are putting some of their collection online – one of many interesting innovations going on at that museum.  The Haida Collection which Cara Krmpotich has worked on consists of 200 really well composed and lit photos on the flickr.com website.  Cara notes that she hopes making this material available in this manner will facilitate its use by Haida people and I expect they will (indeed one person with a Haida name has been commenting on some of the photos).  Coincidentally, I see there has recently been a Haida delegation to the Pitt-Rivers museum.

In any case, the flickr set is a fantastic set of images of Haida art and technology. It would be nice to have the full catalogue information or other information associated with these, or at least a statement that such information is lacking.  While there are visually spectacular items throughout the set, also check these plain spoons from SGang’gwaay, Tanu’uu and Masset,  this bird bone whistle, and this tidy little loop of twine. 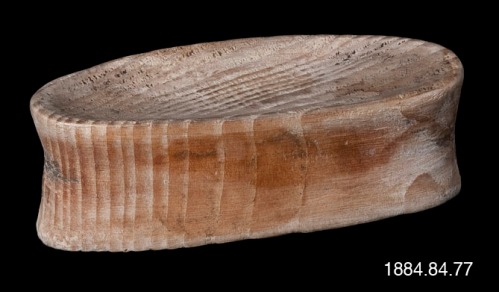