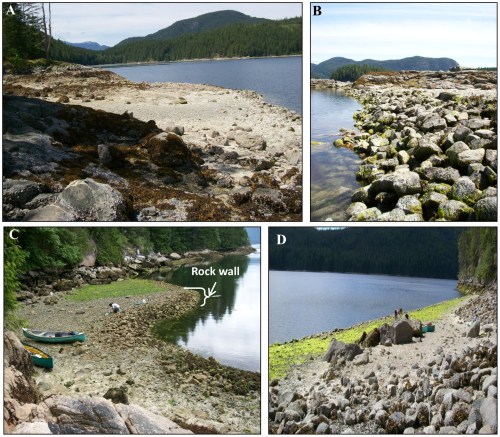 So I usually limit my announcements of public talks to those happening in the Victoria backyard of Blog World Headquarters but it so happens there is one exceptional one coming up on Quadra Island, where I’ll be spending the next week.  The talk, actually two talks, will focus on two archaeological projects underway up there.  The poster advertising the talks is here, or you can read more below.

Friends of this blog Daryl Fedje (UVic) and Dana Lepofsky (SFU) will be presenting on their Tula-funded archaeological research which is unfolding up on Quadra.  Tula funds an incredible variety of worthwhile projects around the world but locally these have been concentrated out of the Hakai Beach Institute.

However, a new focus of Tula-funded research is emerging on Quadra Island focused around the Discovery Islands (specifically, Quadra, Read and Maurelle Islands).  An archaeology lab has been built there as part of the emerging Field Station, and a multi year project directed by Daryl will be investigating the Pleistocene-Holocene transition via paleo-environmental reconstruction and archaeological survey and excavation. This project is in its first year but already there are some great new data points for sea level reconstruction which will be tremendously useful in guiding archaeological survey and interpretation.

Dana’s work, together with biologist Anne Salomon, has been going on for a few years now, with a focus on “clam gardens” on North Quadra island, which are numerous and increasingly well-understood.  It was these features which provided focus for the recent high-profile paper in PLOS-1 by Dana and Anne’s student Amy Groesbeck et al.  More on that here and here – I ought to do a post on this exciting research alone.

Anyway, if you live on Quadra Island, or even in Campbell River, Courtenay or Comox, it might be worth an evening out to catch these interesting talks.