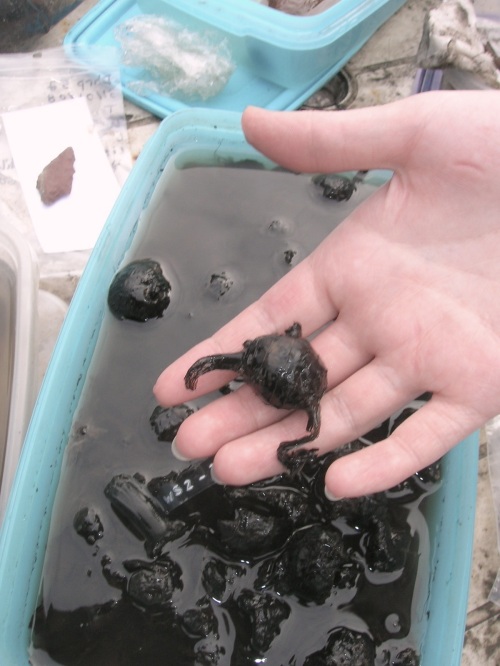 The Tyee has a nice feature on invigoration of traditional use of Wapato (“Indian Potato”) and Camas.  I visited an open house at an archaeological site in Katzie territory a year or two ago and so here’s a couple of pictures of 4,000 year old Wapato tubers and a digging stick of presumably the same age which would have been used to help cultivate the wet beds.  At that site (almost completely destroyed by the new Golden Ears suburban commuter bridge), there were signs of the creation of enhanced “water gardens” for Wapato, and not just the harvesting of what occurs naturally.  Similarly, camas productivity was greatly enhanced by selective weeding and by the practice of tilling and selective bulb harvesting as well as deliberate burning to manage the camas fields.  All in all, exploitation of many plant foods (and shellfish) formed a practice intermediate between farming and gathering, and thereby are a powerful line of evidence for traditional use of large areas of SW British Columbia.  The Tyee article seems to me to be clear, accurate and informative.  I recommend it. 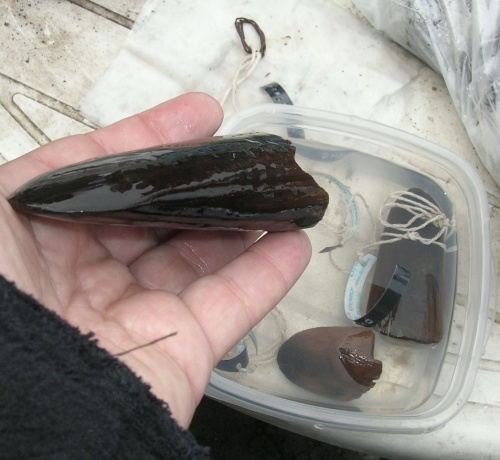 Tip of a wooden digging stick, ca. 4000 years old, Katzie territory. Two others of the dozens found can be seen in the background.