Charlie Lake Cave, also known as Tse’K’wa (the Rock House), is one of the best known archaeological sites in Western North America. Lying in the far NE of British Columbia, it containins a “fluted” projectile point, evidence of bison and small mammal/bird hunting, and shows basal dates of ca. 12,500 years ago. For decades it has been a key link in the understanding of the post-glacial occupation of the Americas.  It lies in the “Ice Free Corridor” which is a major focus of continuing research into the earliest periods in North America, and while the situation is very much unresolved, its safe to say that not everyone thinks the corridor was the route of first peoples into the Americas

It’s very cool and welcome, therefore, to see that many of the major scientific papers from this site (many authored or co-authored by Knut Fladmark and Jon Driver – two of B.C.’s pre-eminent archaeologists) are now downloadable for free from Simon Fraser University. The download is on this page, which contains a link to a PDF or an ePUB – but be aware that the PDF is about 100 megs.

The download itself is not the only cool thing of note here, though.

Stratigraphy visible at the end of the 1990 field season. Source: SFU download.

One really interesting and welcome thing is that new forewords have been added for the compilation as a whole, and for each paper, as well as a large collection of photographs and references towards the end. There is also commentary from the Treaty 8 Tribal Association, some members of which (the Doig River, Prophet River and West Moberly First Nations) have recently purchased the land on which Tse’K’wa sits. SFU Archaeology has also facilitated the repatriation of a large private collection of artifacts to the Treaty 8 association.

SFU (Archaeology, and the SFU Archaeology and Ethnology Museum) has also set up some teaching and virtual resources for the site, mostly focusing on the stone tool collection mentioned above. Among these are 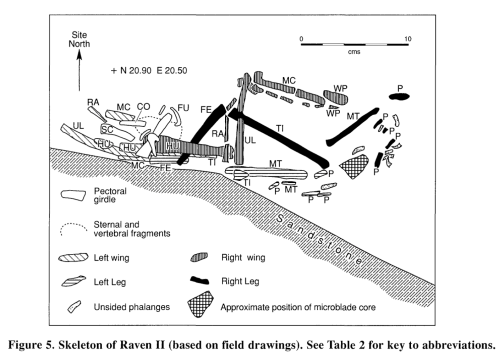 If you want to learn even more about this site, then SFU has loaded a number of videos (search link, maybe make a playlist, SFU?), including an hour long presentation by Jon Driver from earlier this year which helpfully reviews the radiocarbon dates from the 1970s through the redating program with AMS and also the recent ancient DNA work.  Click now and you can be one of the first 20 viewers of this informative lecture!

Overall, I think it is a great lesson in how a site, first excavated in the 1970s at a time when the practice and social context of archaeology was so very different than today, can be brought forward to the 21st Century and used as a bridge between archaeologists and descendant communities. The contextualization of the site by the Treaty 8 Association, the creation of some digital resources, and the compilation of photos and journal articles which were otherwise poorly accessible, is a good model for a simple and effective way to move knowledge from the University to the Communities and to the world at large. 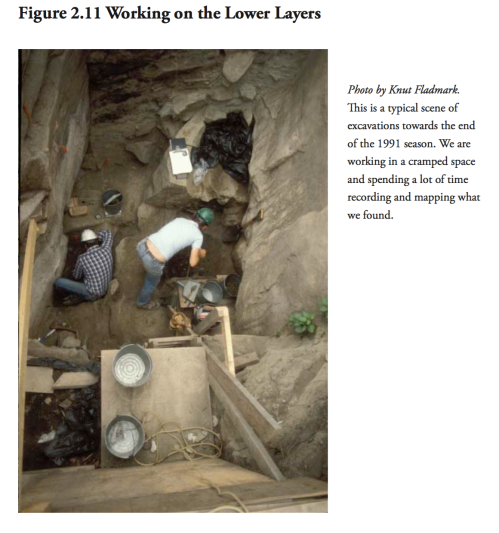