A while back I found the cool picture above in an online exhibit of the Whatcom Museum showing photographs of Point Roberts and Lummi Island, on Puget Sound just south of the Canadian border.  Reef netting is a peculiarly Straits Salish technology which involved the setting of complex nets, suspended between two canoes, at strategic locations where the natural flow of salmon was constrained. A sort of on-ramp led the fish up to the net by creating a gentle optical illusion of a rising bottom.  When the salmon were milling around in the horizontal net, still free, the canoes would be suddenly swung together, closing the net and trapping the salmon.

A single crew of reef-netters could trap several thousand salmon per day with this method, enabling the occupants of Southern Vancouver Island, the Gulf and San Juan Islands, and northern Puget Sound to share in the bounty of Fraser River bound salmon.  Putting all these extra fish on the menu through technological innovation has of course captured the interest of archaeologists, who have long fuzzily recognized the importance of reef netting in this area.  So for that reason alone it’s interesting to see a nice model of this technology in the above picture, thought to date to about 1928 (museum) or 1890s (whatcomwatch.org).

The on-ramp is seen above.  Fish would swim along the bottom, through a path created in kelp, constrained to the sides by reefs and/or islands.  On meeting the trellis-like structure, which would be strung with sea grass to create a false bottom, the fish would be gently nudged up to the net proper.

The whole rig required great stability and precision of placement.  It therefore meant that anchoring the canoes was essential.  Indeed, the anchors are thought to be so large (probably by putting down multiple stones, one at a time, on a single anchor line) that they could not be retrieved – meaning reef-net locales should be littered with these anchor stones. Underwater archaeological investigation of the reef net sites, most notably by Norm Easton, has confirmed that hundreds or thousands of abandoned anchor stones lie on the seafloor at places like Becher Bay.  Anyway, you can see the anchor stones in the picture above — note how these are unmodified boulders wrapped cleverly in organic webbing.  The end result for the archaeologist centuries down the road is all too often a simple unmodified rock – as we discussed here some time ago (great comments on that post). Norm’s work is normally available here, but that site is down right now, so see the links at the bottom of this page.

Since Norm’s work, there has also been a different approach, using sidescan sonar to map these anchor stone clusters.  This work, by Charles Moore and Andrew Mason, showed it was feasible to fairly quickly and accurately account for anchor stones  at reef net locations.

Recently I found that in a curious coincidence, around the time of Norm’s work, Daniel Boxberger at Western Washington had also initiated an underwater  study of reef-netting, with the results published in the 1985 International Journal of Nautical Archaeology and Underwater Exploration – luckily a copy can be found online.

Archaeological interest in this technology has yet to move seriously above the waves.  Easton proposed (1985:126+) that we look at reef-net fish camps, which should be placed precisely relative to reef-net locales, and contain a highly distinctive site structure and faunal assemblage.  So far as I know, no one has taken up this idea, which would make an outstanding thesis project.

In my experience, the archaeologists’ bias is that the reef-netting was aimed at sockeye salmon, in particular the major runs up the Fraser River. Interestingly though, reef netting is still practiced today as a form of cultural revitilization (video) and also as a sustainable commercial fishery (video), since the fish aren’t harmed and can be safely and selectively,  released.  The species being targeted by the contemporary reef nets?  Not sockeye, but the salmon that gets no respect: pinks. At various sites in the NW, aDNA studies show pinks are usurping sockeye as the salmon of choice, anecdotally because they are easier to preserve. Maybe reef-netting studies need a tweak as well in the pink direction. 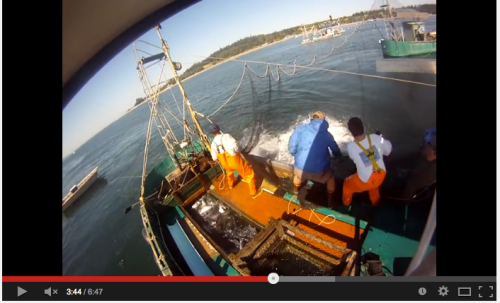 Anyway, this is all to say that the model in the topmost photo is a cool representation of an important technology which, when in use, has it’ most important components hidden underwater. 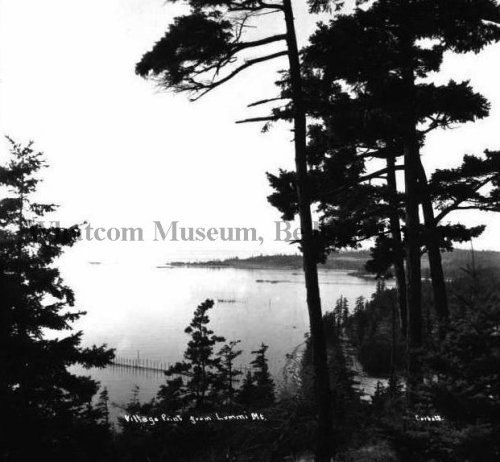 Reef nets, and other forms of “fish traps” were banned in both Washington State and British Columbia in a fairly naked way of wresting control of salmon fisheries form Indigenous peoples.  The difference between a reef net and purse seine is, well, what exactly?  It would be welcome to see this sustainable fishery method spread back to its former range at the gates to the Fraser fishery. 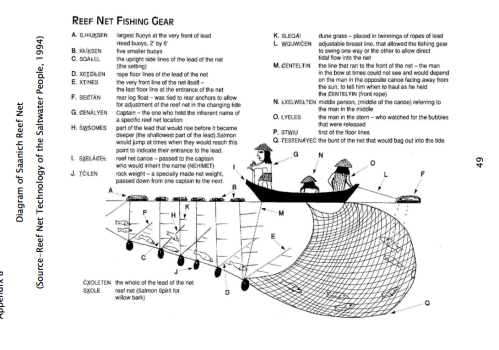