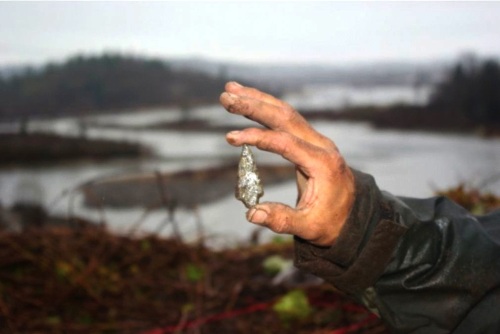 This month’s Archaeological Society of B.C. (Victoria Chapter) free public lecture will be about a fascinating site recently excavated by Cordillera Archaeology in the Stave River watershed, near Vancouver:

Excavations of the Ruskin Dam Site, located on the north side of the Fraser Valley, were conducted over four months in 2009 as part of a salvage project.  Our talk will discuss the significance of the major discoveries at the site including: the house features, quartz crystal tools, biface styles, woodworking technology, objects of personal adornment, and faunal remains which contain a high proportion of sturgeon bones.  Combined, the artifacts, radiocarbon dates, and site stratigraphy provide a unique opportunity for gaining a perspective on the long-term occupation of this strategically located archaeological site.

I expect this talk will also indirectly exemplify the leading role B.C. Hydro is playing in enlightened Cultural Resource Management in this province.

This talk is free and open to any member of the public.

For information,  e-mail asbcvictoria@gmail.com , or leave a comment/question below.

One response to “ASBC Victoria: May Public Lecture Tuesday 18th”